They each received an Acer product, a cash prize and a one-year contract with Acer to become speakers in seminars on the use of information technology (IT) in teaching and learning activities in schools.

Acer Group Indonesia said it introduced the Guraru award to improve IT literacy among Indonesian teachers, where they were expected to utilize IT in teaching and learning activities and encourage their students to also actively use the technology.

Wijaya said teachers needed effective ways to foster students’ creativity, and IT could help build that creativity. He added that blogs in particular could enhance students’ interest in reading and writing.

“The most important thing is how we can utilize technology in learning,” Wijaya told The Jakarta Post after the award ceremony.

He said on his blog, wijayalabs.com, that information and communications technology also allowed teachers to easily share their teaching experiences with their fellow teachers, students and the public at large.

During the ceremony, held as part of the ON-OFF Pesta Blogger 2011 event, Guraru 2010 winner Urip said this year’s winners deserved their awards because they had inspired other teachers through their writings on the use of IT in teaching.

A total of 2,566 teachers from more than 20 provinces in Indonesia took part in the 2011 Guraru Award, a 588 percent increase compared with last year’s 270 contestants. 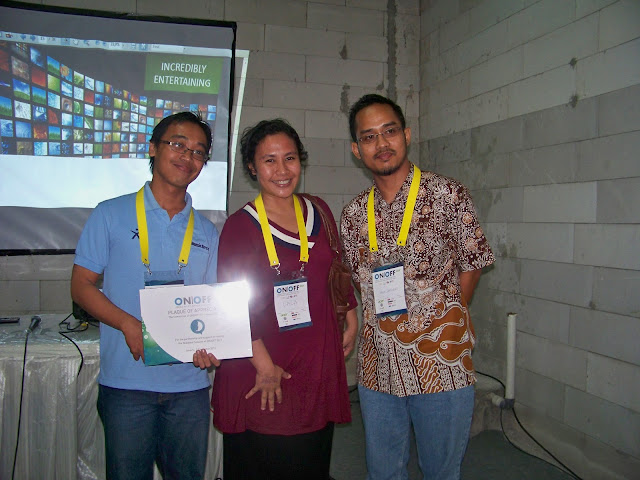